Sometimes I wonder if I am the last person who remembers the true definition of the word ‘terrorism’, such as it was understood some 15 years ago, before opportunistic politicians set about emptying it of its substance to fit their own populist goals. 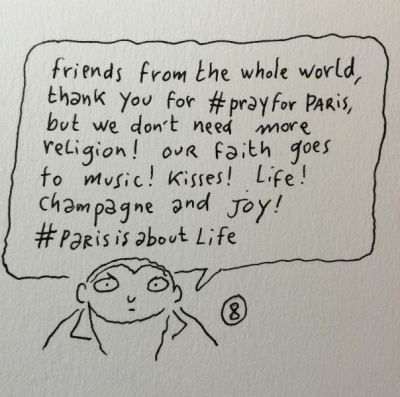 Earlier today, French artist Joann Sfar1 published a short series of drawings on the Terrorist attacks that took place in Paris. Because they sum up my feelings much better than any tricolour lighting or Twitter hashtag ever will, I took the liberty to embed them here with my own humble attempt at an English translation: 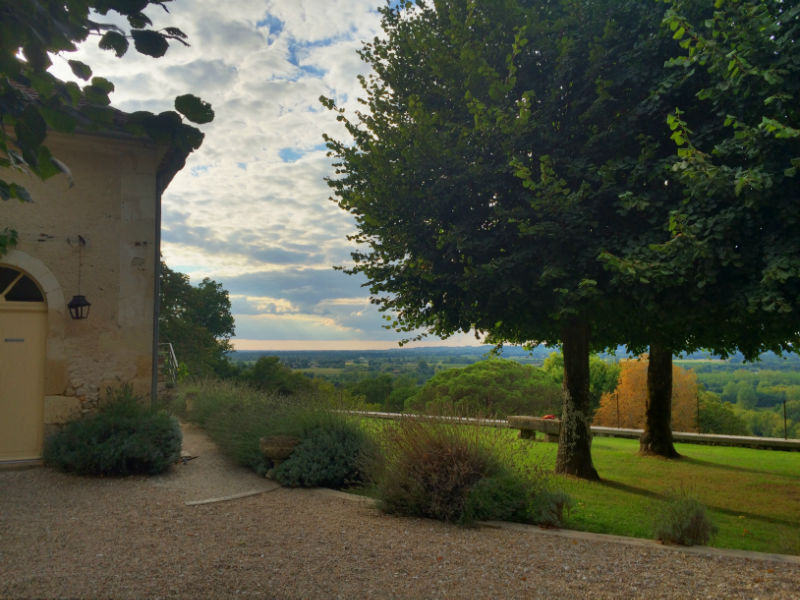 Didn’t bring back much picturesque views of Paris from last month’s work trip… Have a few chuckles instead.

French people are a strange alien species I can barely communicate with (save for the couple old high-school buddies close to my heart).

Speaking French is soon going to feel less natural than even Japanese.

And yet Paris still feels as close to a hometown as I will ever have.

April 24th: I’ve ranted so many times about the comically horrid shortcomings of Parisian infrastructure that it has become a stale subject long ago. I still want to set the record once and for all: rallying in short succession the cities of Tokyo, Hong Kong and Shanghai from their respective airports, makes one really wonder, upon landing in Roissy-Charles-de-Gaulle airport, what economic world-tier France sits in.

Forget the usual mess at immigration, the overall decrepit state of arrival satellites or the thoroughly unhelpful signage1: riding the RER to Paris (only semi-reliable, affordable way to reach the city centre) made me honestly ache on behalf of hapless first-time visitors, their head full of clichéd romantic Parisian imagery, who get to sit on some of the nastiest train cars this side of Eastern Rajasthan, stopping at every single suburban town between the airport and Paris, having to meekly apologise to dour-faced morning commuters for taking precious space with their luggage. Who-the-fuck designs an airport line with no room for luggage and non-existent escalator/elevator access to the platforms?

Anyway, consider this my heartfelt apology, as a honorary Parisian, to anybody who ever had to land in Paris.

April 24th (3h and a quick shave later): The story of how close I was to end the Japanese chapter of my life prematurely.

Barely summarised excerpt of my exchange with Japanese embassy employee:

On the 17th of October 1961, 50 years ago to the day, France-residing Algerians gathered in Paris for a non-violent demonstration in support of Algeria’s independence.

Between 20,000 and 30,000 men, women and children, dressed in their best Sunday clothes, many coming from the outer suburban slums where France crammed its growth-fueling immigrant workforce in the 60s, were marching peacefully toward the centre of the city, when municipal police forces charged into crowds, raiding isolated groups, firing on people and making good use of their wooden clubs, murdering dozens of unarmed Algerians: shot, beaten to death or thrown into the Seine river… Weeks later, swollen corpses of Algerian protesters were still being fished out of the river or found hung to trees in nearby forests.

Sorry for the abrupt end of communication, earlier this month: past two weeks were spent far from civilisation and internet access. But snowy mountains, skiing and delicious local food more than made up for it.

In Paris for New Year’s Eve (and a few more days after that), before going back to Berlin until the end of Winter.

In Paris (and Europe at large) for the week… Should be back in the Kyo just in time for hanami.

Not that I have anything against French cinema in general, but even I am getting tired of seeing thirty-something couples endlessly strolling through picturesque Parisian streets or sitting at cafés, absorbed in pseudo-intellectual discussions of their latest hormonal release…

And if I hear one more piano piece by Satie or a Bach partita in a film, I shall scream.