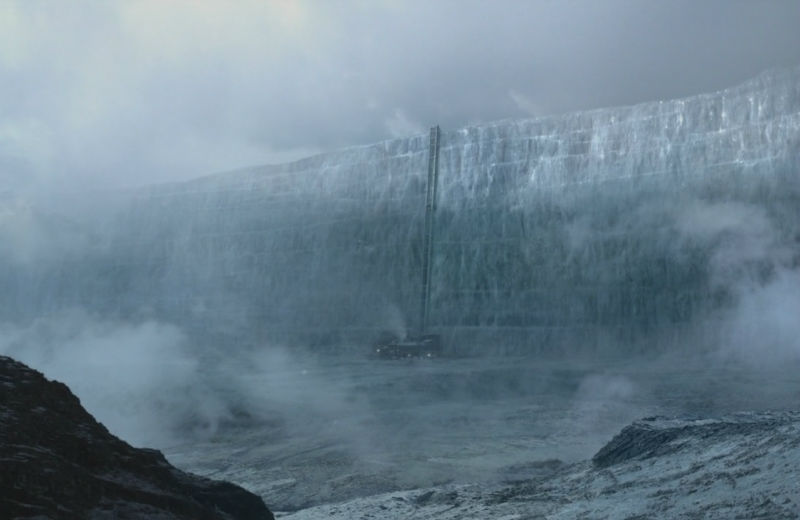 My friend, let’s call him Dave, is a fairly tech-savvy person who has owned his own internet domain, let’s call it obscurevirtuoso.com, for quite a few years now. Like many people out there, he likes the idea of owning an e-mail address that is not subject to the whims and economic misfortunes of a third-party company. Not to mention the fact that, were he to hypothetically engage in seditious activities one day, it would take a little more than a call to their buddy at YaGooglosoft for the NSA to start freely reading all that Doctor Who/Groundhog Day fanfiction sitting in his mailbox.

It’s not like Dave is using e-mail in a wildly unexpected way: despite a widespread misconception, the e-mail protocol was designed from the start to also support addresses that do not end in “yahoo.com” or “gmail.com”.

Unfortunately, that is not how Google (or Microsoft, or Yahoo) see it. Somewhere in the 2000s, these companies decided that any mail that came from an outsider address, let alone an address that does not belong to a large commercial entity, had to be spam and should go straight to the internet bin (do not pass Spam folder, do not collect any attention). That is a very efficient policy: stops about 99% of all e-mail spam out there. It also stops 99.9% of all regular mail from people like Dave who somehow unexplainably refuse to use gmail.com like everyone else. Which really isn’t how this e-mail thing is supposed to work.

As I may have mentioned, Dave has been doing this Internet thing for quite a while ((he used to connect to the internet, back when it required using a telephone line! ask your grandparents about it!)) and knows his way around a mail server configuration: he went through all the extra security hoops and technical measures that exist for small private mail servers to prove that they are not evil spammers, he is very confident that his servers have never been used for any nefarious purposes, whether intentionally or from sheer incompetence, and he has been sending e-mails from that same address to Gmail-using friends for as long as Gmail has been in existence, making sure that his friends always tick that “Not Junk” box, in some vanishing hope that the Gmail robot eventually accepts the improbable truth that this Dave guy is not a low-life spammer, just someone who would like his e-mails to get to destination.

Do I even need to point out how terminally fruitless it would be for Dave (or anyone) to lodge a complaint with Google regarding the faulty quality of the mail services they provide. Not just because, were they to actually glance at such a request, they’d politely invite him to use somebody else’s service ((never mind the fact that not being a user of Google’s service, is precisely Dave’s problem)), but more importantly because the odds of an actual human laying eyes on such a request, let alone being in any position to do something about it, are about on par with Santa Claus personally showing up in response to that letter you sent him 20 year ago, carrying a spry, healthy, not-at-all-dead, identical new version of Fido under his arm.

Instead, Dave keeps sending his e-mails, praying for their safe delivery as if they were being carried on 18th century horseback through the country, and will probably send you a confirmation message on Facebook to tell you to check your spam folder. Until Facebook starts charging him extra to ensure “safe” delivery of their messages ((the way they already do with their option for strangers to pay their way out of the “Other” inbox sink.)).

When he is not sending mails, my friend Dave also does scientific research. Which occasionally leads to publishing his results in miscellaneous journals and conferences.

Thirty years ago, other researchers interested in Dave’s research on the migratory patterns of African swallows, would make their way to their university library, pick a voluminous, dusty, bound edition of last decade’s findings in the field, find Dave’s name in the index, read up his interesting insights on the airspeed velocity of an unladen swallow, pick up a quill and word a thoughtful letter discussing his results.

Except that they wouldn’t. Because typing Dave’s full name in Google Scholar would only lead to a tiny fraction of relevant results, ignoring most of Dave’s publications. Worse yet, searching for the exact title of one of Dave’s published work, would yield the article, with no mention of Dave’s name anywhere in the author list, as if he had been purged from Science History by some mad Stalinist doctor.

The actual reason for this small but critical issue is a lot less nefarious: Dave, you see, is the hapless bearer of a last name that starts with a lowercase ((bears mentioning that this lowercase-starting name is not some personal attempt at being fanciful/quirky/annoying, but exactly how Dave received it from his own father, and his father before him. Dave is not morbidly attached to it, but that’s the way it is written and it would be a bit late to change that now anyway.)). Lowercase-starting last names aren’t exactly a new, or uncommon, thing: quite a few famous Western people in History have had lowercase-starting last names, for all sorts of reasons.

Unfortunately, the Google engineer who programmed Google Scholar’s name parsing algorithm really did not like classical music, literature, or anything that made their work a teeny bit harder. And decided that anything that did not start with an uppercase in the author list, could not possibly be a valid scientist’s name and should thus be excluded from Google’s index of author names for that paper. One shudders to think how Google would handle even broader name issues, outside of the narrow world of English-speaking research literature.

The point is not that Google made a (severe) mistake in their tool (everybody does), it is that the chances of a fix happening within any useful timeframe (if ever at all), are virtually zero. This is not an exaggeration: Dave not only reported the issue to Google, but went great lengths in detailing exact causes, providing ample illustrations and the (relatively easy) way the problem could be fixed. That was many years ago, and repeated a few times ever since for good measure. But anyone who has ever dealt with Google’s websites knows that Dave’s support ticket ((if you can call ‘support form’ whatever deeply-buried ‘feedback’ form he was eventually able to dig out of mountains of unhelpful FAQ pages designed to discourage any feedback or interaction.)) would be more likely to one day be read by a human working at Google if he tied it to a carrier-pigeon released in downtown Tokyo.

Being absent by name from Google Scholar might sound like a trifle, but it is the research-career-equivalent of regular-Google coming up empty-handed for your name in any other fields: a potential tech interviewer will wonder whose murder you witnessed before being put in a witness protection programme, or more likely assume you were raised by technology-averse wolves and have zero experience in whatever field you claim to be working in.

Episode 3: you are next!

The moral of these two stories is not to pity poor Dave ((Dave fortunately works in a country where all communication are done over fax and people look up names from their business card rollodex. So everything’s cool.)), it is that, when one of the few big faceless monolithic megacorps that handle a rough 99% of your online life (and, by extension, a large chunk of your offline life as well) inevitably fails you, you will be truly on your own, with zero recourse, regardless of the urgency or importance of the problem.

You may think that poor customer support and lack of reactivity from large companies toward the plights of their users are nothing new, but this is not your casual incompetent phone service rep of yore we are talking about: most of these companies do not have a single person actually tasked with solving your lowly end-user problems. A few people tasked with writing down your complaint and occasionally monitoring social networks to make sure a swastika did not inadvertently slip into the latest corporate marketing illustration? sure. But people actively working on those small edge-cases so far outside of the bell curve horizon that they don’t even register in the company statistics? probably not.

It’s not that they are evil, it’s just that you are so insignificant to their bottom line that it is not even worth assigning a single intern to retrieve your valid support request, out of the millions of complaints from grandmas  protesting the use of foul language on the Internet. Much more sensible and efficient for them to ignore it all and rely on the fact that whatever it is you have a problem with, it will eventually become obsolete and be replaced by a brand new version which hopefully fixes the problem. Or maybe not. Sucks to be you then.

So next time you wonder whether there is any potential downside in entrusting some mundane aspect of your daily life to some big, reassuringly-familiar, IT megacorp service, rather than other less shiny, more expensive or slightly more cumbersome solutions, you may want to try the mental exercise of imagining yourself, needing critical help from them to fix a one-of-a-kind bug that only affects your particular use-case. If the mental picture you conjure up is that of a minuscule ant at the bottom of a looming concrete wall, maybe these alternatives are worth the extra time/money/inconvenience.