Update: Looking for information about Cristiano de Angelis and the charges against him? please read this (probably far-from-exhaustive) long list of testimonies.

Update (Feb. 2016): Rather than taking a strong look in a mirror and reflect on his life choices, Mr. De Angelis has been spending a large amount of time and resources trying to make these pages disappear from the web (and somewhat succeeding). Good thing URLs can be changed. 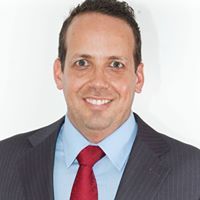 Cristiano De Angelis is an Italian-Brazilian “professor” of economics who enjoys travelling.

Cristiano De Angelis is also a sociopathic sexual predator, who raped a 20-year-old woman in Kyoto, sexually assaulted at least one other person and generally behaved like a pathetic excuse for a human being toward all the people unlucky enough to cross his path during his travels through South-East Asia.

Abusing the trust and generosity of people in the Couchsurfing hospitality exchange community and craftily creating new profiles each time, Cristiano De Angelis was able to slip unnoticed from one unsuspecting host to the next. There is no telling (yet) of his actions throughout SE Asia, until his arrival in Kyoto:

M is a 20-year-old Japanese friend of mine, loved and trusted by all her friends: not just the local Kyoto community, but also the many dozens foreign travellers she hosted in her home, out of a sincere desire to exchange with other cultures and make the world a better place for people. It may sound a bit naive, even dangerous, but the Couchsurfing system of trust has worked well for millions of people so far. And while she may not have been as cautious as a young single woman ought to be in her situation, her heart was in the right place and nothing could justify what happened to her.

When she first met Cristiano De Angelis and immediately felt uneasy about his lack of manners and rude behaviour, she should have kicked him out and left it there. But being a gentle, trusting, young person, she felt a responsibility toward him for initially accepting to host him (a sense of obligation he thoroughly used and abused). Instead of using her prerogative to change her mind, she looked past his unpleasantness and tried to be an agreeable host.

In Mr. De Angelis’ sick mind, this probably meant it was not only OK, but even risk-free to slip in her bed the following night and force himself onto her despite her best efforts to push him away: after all, what impressionable 20-year-old would have the courage to make a fuss about being raped by the very man she willfully let stay in her house?

Not only did M. feel too helpless to do anything after Cristiano De Angelis raped her, merely relieved to go to sleep (at which point he apparently further undressed her to take pictures), but she kept shut about it for a while, until she progressively confided in a few people and finally told a group of us the whole story in private.

Unfortunately, nothing any of us said could convince M. to file an official police complaint. Like many women in her case, M. felt a part of responsibility and shame for what had happened and thought the best course of action was to move on with her life and “not make a fuss”. You cannot believe how mad this makes me, but it is ultimately her decision to make ((Please keep this story in mind the next time you hear some idiot suggest that a rape victim somehow “deserved” it or bears even a part of the blame (for the way she dressed, letting the rapist buy her a drink etc.): decades of blame-the-victim and casual attitude toward rape cases by the Japanese police (greatly improved nowadays, but still strong in people’s minds) are the reason that people like M. will rather keep it to themselves than endure the trouble and perceived humiliation of filing a complaint.)).

He has since then been sighted in Malaysia, where his antics were fortunately limited to rudeness, casual racism and generally behaving like an arrogant moron. By now, most of the Couchsurfing community in Asia has been warned to look out for him and he should not get another opportunity to abuse the trust and generosity of other unsuspecting hosts. There is unfortunately no guarantee that he will not hurt other people in the future, or that he will ever be made accountable for his crime.

Cristiano De Angelis is not only a rapist, but an unrepentant, repeat offender, with clearly no sense of guilt or remorse. By most people’s account, he is not particularly articulate (euphemism), veering on delusional, which might explain why he never bothered to cover his tracks while committing all this. Or perhaps he just figured that he would be long gone by the time anyone realised what sort of a scumbag he was.

I have no illusion that, back at home (Nice, France, or Padova, Italy, it would seem), Mr. De Angelis is an upstanding citizen, perhaps even liked by his friends and colleagues (he is even a family man, it seems). He is not entirely mistaken in his delusions of impunity: after all, he did get away and will likely not rot in a Japanese cell (or in any other SE Asian country) for a few years like he so richly deserves.

Which is why I am posting this: I do not think I have ever named someone in this manner on this blog, let alone launched such serious accusations, but this is how boiling mad this whole story makes me. If one single person, be it a friend, potential host, prospective employer, ever gets to learn the hideous personality of Cristiano De Angelis through this post (and a little help from Google), it won’t have been a waste of time.

If you personally know him and have any doubt about the truth of the above, please do not hesitate to contact me: I will be more than happy to refer you to an arm-length list of direct witnesses who will be glad to corroborate and provide further details. If you have encountered this scum in the past and have any information you feel might be of use to the public, feel free to share below. [Update 01/16/2012:] Better yet, check what all his CS hosts in Asia have to say about him

Update (01/13/2012): After I posted this, my friend M. finally accepted to go together to the police station to file an official complaint:

I just came back from Kyoto Shichijo-Karasuma Police Station, where I took M. to file a formal complaint. Although I of course did not attend the interview itself, what she told me of it was that, according to the police officer, it was “too late to collect physical evidence” and there was therefore nothing to be done (despite mountains of circumstantial evidence and her own word, which should warrant at least some questioning). Judging by the relative brevity of the interview (30-40 minutes), I suspect the officer was not overly motivated in opening a case against a guy long gone from the country, and since M. was rather reluctant to share in the first place, it could not have gone very far.

I was not exactly expecting the Japanese police to send a death squad after that guy through South-East Asia, but one could have hoped that a 20-year-old girl collecting the courage to walk into a police station to report her own rape would get more than a 30-minute interview ending with, I kid you not, advices on how to handle it “the next time it happens” (the next time?!? WTF).

Sad and depressing, but not that surprising.

I guess we can find some solace in the knowledge that Mr. De Angelis might eventually get caught when he does it again ((Because he will do it again: sexual predators of his kind, exhibiting such sociopathic tendencies and complete absence of remorse, do not just stop of their own, especially when they feel they will always get away with it.)). Until then, if you ever meet Cristiano De Angelis, rapist and scumbag of the earth, do not hesitate to relay my most utter contempt to him.

[Update 01/16/2012:] Still have your doubts and think (rightfully so) that it is too easy for a single person to launch such accusations without proof?

Go have a look at what people, living in six different countries, have to say, independently, about the man.