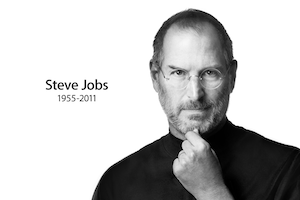 Around age 6, I made my first steps with a computer: drawing houses in MacPaint and typing elaborately formatted 30-line novellas in MacWrite. A couple years later, building my first programs using HyperCard (at the time I thought of it as “playing some sort of virtual lego game” rather than “writing object-oriented programs”).

Although I long ago decided that I did not want to make a career out of merely writing computer code, the skills I seamlessly acquired back then have since opened countless doors and helped me etch a living at times where options were scarce.

I would have most likely picked these skills anyway, had my dad not brought back a brand new Mac 512k to his practice, one day in 1986… But learning them the way I did unquestionably shaped my entire vision of the modern world: it taught me that technology does not have to look complicated to do complex things, that building things can be exciting and fun…

Apple Inc. is just a company, staffed with many great people at the moment, but still just a company: with no personality or sense of human emotions.

Steve Jobs, on the other hand, like him or not, shaped the world we live in. His ambition, his drive and the people he chose to carry his vision out, will keep resonating in the technologies your life is built around, for many more decades to come.